The DSC Show for Thursday 2/28/19: Bug Zapping Asses, Best Lies Ever, Reporter Gets Licked and more!

We went back in time early this morning. So happy to hear Jay Reed Stevens wheeling and dealing with Bromo’s Dad, Wayne. He wanted $300,000 for Bromo with Dave as the Monkey Boy and to get rid of Chainsaw! So good. (You should really listen to the podcast to hear it with the puppet voices.)

Listener Carrie wrote in and said, yes she bangs her shoes together everyday before she puts them on, because one time there was a mouse inside her shoe! Acckkk!

Chip in Afghanistan wrote to Dave at DSC@101kgb.com. He had a camel spider stuck inside his shirt! At first he thought it was a dryer sheet until he shook it out! Yikes!

Johnny Manziel might go to the AAF, Alliance of American Football! He got kicked out of his Canadian team, so maybe he’ll try the AAF next. The third time might be the charm for him.

We are one month away from opening season of the MLB on March 28th.

Last night, Jimmy Kimmel asked Lady Gaga if she and Bradley Cooper were an item. She said 'when singing love songs, it should look like we’re in love.' They fooled everyone!

We played You Bet Your Ass today! Ass punishment was in the form of an Electric Fly Swatter!

Boyer and Emily are taking the punishment today - an electric fly swatter. Chainsaw and Sarah place the bets. Once a team gets three strikes - they lose the game.

If you haven't seen the spanking video yet - please go here immediately.

I have some stellar lies for you, but first a new survey about lying and people lying about lying.

A survey asked people if they lie on a regular basis. Four out of ten said yes. I guess the other six are in denial, or don’t even realize they’re lying.

The survey also laid out some ethically questionable scenarios to see what people would do, and here are the results.

ESPN writes, "In a season full of memories and a career full of Hall of Fame highlights, Dwyane Wade created the most memorable moment of his final NBA season Wednesday night by banking in a one-footed 3-pointer at the buzzer to lift the Miami Heat to a 126-125 win over The Golden State Warriors.

You can watch this magic moment - and some others leading up to it - in the video below. 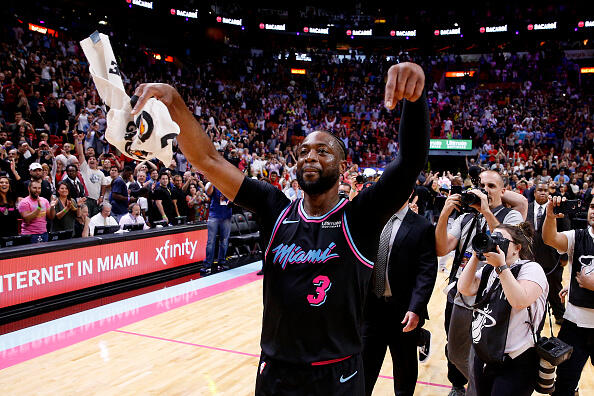 In a season full of memories and a career full of Hall of Fame highlights,

Check out more articles from The DSC Show.