The Port of San Diego’s Big Bay Boom fireworks show, a legendary event for Southern California, will take place at 9:00 pm on Monday, July 4, 2022 over San Diego Bay. The 20-minute fireworks spectacular is synchronized to a custom music soundtrack created by 101.5 KGB FM and heard exclusively on the station. Viewers can listen on their radio, mobile device and event smart speaker.

The fireworks show will also be telecast on Fox 5 San Diego.

Fireworks will be discharged from four barges placed strategically around San Diego Bay. Barge locations will be off the shorelines of Shelter Island, Harbor Island, North Embarcadero and South Embarcadero.

This will be the 21st Annual Big Bay Boom fireworks show. Besides being one of the largest July 4 fireworks shows in America, it supports the Armed Services YMCA and our military families in San Diego.

Year after year, the Big Bay Boom has been recognized as the largest fireworks show in Southern California. MSN rated it one of the most spectacular fireworks shows in America in 2019.

Click HERE to see the locations of the barges where the fireworks will be set. 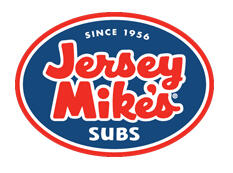 Sponsored by Jersey Mike's, a sub above. Stop by your local Jersey Mike’s and pick up a sub to enjoy while watching the fireworks! Find a location near you.